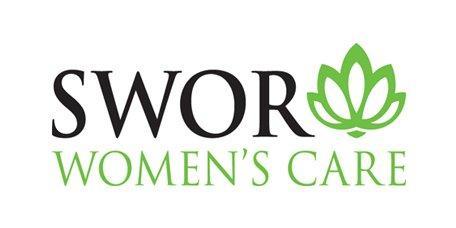 Uterine fibroids likely affect most of the female population at some point in life. When fibroids become painful and take away from your quality of life, you can find treatment solutions at Swor Women’s Care in Sarasota, Florida. Michael Swor, MD, FPMRS and his caring staff offer several innovative treatment options for painful fibroids, including minimally invasive surgery. The staff also offer routine pelvic exams to identify and monitor fibroid growth to reduce your risk of complications. Learn more about available fibroid treatments by calling the office today or use the online booking feature.

Fibroids are growths that develop in your uterus, most often during your fertile years. These growths are noncancerous and not always a cause for concern. At some point, most women develop fibroids.

When fibroids grow together, they can become large enough to cause you pain. In some serious cases, large fibroids can actually cause the distortion of your uterus.

Your hormones may be responsible for the growth of fibroids in your uterus. In some cases, women who have fibroids will find they go away after menopause, as hormone levels decline.

You may also be at increased risk for developing fibroids due to your family history.

What are the symptoms of fibroids?

Many women will live their whole life with fibroids and never know they have them. However, if you have fibroids that grow too large or cause you pain, you may want to seek medical treatment.

In addition to pelvic pain, you may also experience fibroid symptoms like:

You may also have periods that last longer than normal and notice spotting in between your periods.

How are fibroids diagnosed?

If you have fibroids without any symptoms, your Swor Women’s Care provider may identify them during a routine pelvic exam.

If you do have symptoms common with fibroids, your provider may recommend an ultrasound to get a better look at your uterus. In some cases, blood work may also be useful in ruling out other conditions that can cause heavy periods and other symptoms, such as a thyroid disorder.

What treatments are available for fibroids?

If fibroids are causing heavy periods, you may need to take medications, such as birth control, to regulate bleeding.

In some cases where fibroids are causing pain, Dr. Swor can perform minimally invasive laparoscopic surgery to remove them. Surgery requires only small incisions to remove fibroids without damaging your uterus.

If you’re suffering chronic pain from fibroids and are done having children, Dr. Swor may also recommend a hysterectomy to remove the uterus and eliminate the risk of new fibroid growth.

Learn more about available treatment options for fibroids by calling the Sarasota office today or by using the online booking tool.